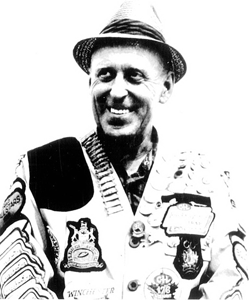 Earl Caldwell is considered to be the most outstanding trapshooter in British Columbia history. Some of his many accomplishments are:

Earl represented Canada in Melbourne Australia in the Olympic Games. He was the winner of well over 300 titles in trap and skeet. He was inducted into the British Columbia Sports Hall of Fame.

In 1946, Earl started his True Flight Target in the basement of his house and turned it into a family business that is still in operation.

Earl was a true gentleman, a great competitor and will remain a great credit to the sport of trapshooting.