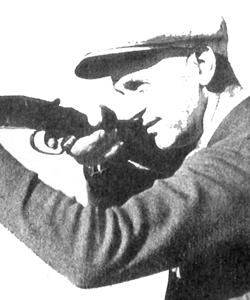 In 1934 he set a PITA handicap record with 348 straight and was also high average leader in singles, handicap and doubles.

The records set by Frank were unheard of at the time and some of them have yet to be duplicated. His averages and numerous wins continued until his last registered targets in 1959.