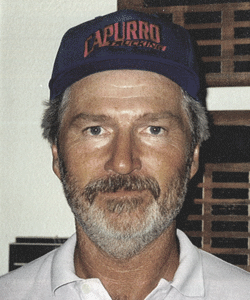 Jack started registering PITA targets in 1966 in California. He later moved to Nevada where he lives today. Since then, he has registered over 100,000 PITA targets.

Jack has won many State and Grand Pacific titles, among them are:

Jack is the only repeat winner of the Vandenberg Memorial Handicap at Klamath Falls Gun Club. He accomplished this 3 times against some of Oregon’s best shots.

Jack has led the Nevada state high average team many times. He has also been on the All Star team 15 times.

Not only is Jack a champion shooter, he has also contributed much more to the sport by being involved with the Executive Committee of the PITA. He was President in 1993 and has been President of the Nevada State Trapshooting Association since 1989 and was still President in Nevada at the time of his induction.

Jack has contributed much to the sport of trapshooting and the PITA and it deserving to be in the PITA Hall of Fame.