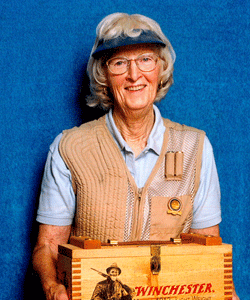 Carol has been an outstanding shooter for many years. She and husband Frank have shot all over the west and are commonly seen at state shoots in Idaho, Oregon, Washington, and California their home state,

Carol has shot over 100,000 PITA targets and has been on the All Star Team 14 times. Third among lady shooters. Carol is one of the most gracious shooters you will meet and has won many trophies over her trapshooting career.

Carol is one of our Lady shooters that we are proud to induct into the PITA Hall of Fame.