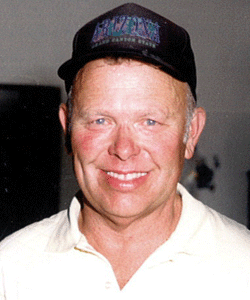 Bob has a Grand Slam in both the PITA and the ATA. He is the only Washington State Shooter to have accomplished this. At the time of his induction, Bob had registered 136,500 PITA targets and 97,100 ATA targets. He is a life member of both organizations.

Bob has so many wins from Arizona to British Columbia in all disciplines that we don’t have room to list them all.

Bob has dedicated many years to trapshooting, both in supporting the PITA and spending countless hours helping at local gun clubs. His shooting record as outlined speaks for itself. We are proud to welcome Bob Erickson into the PITA Hall of Fame.