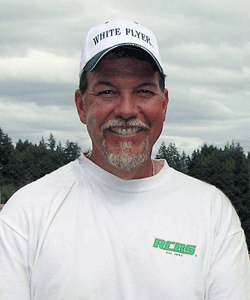 Encouraged by his grand father and father, Gary began shooting at the age of 14. Over the years Gary has developed many
friendships in the shotgun arena and enjoyed competing in all classifications of the sport. One of his greatest joys, shooting has given him years of personal satisfaction.

Gary’s life is a prime example of a man of strong faith, dignity and determination which carries through to his shooting. His dedication to the sport, on and off the field of competition, is an inspiration for all.

Gary continues to be an outstanding example of sportsmanship through his path of great achievements.