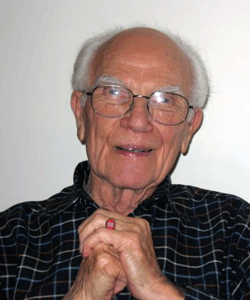 Without people like Ken Neal, service award induction into the PITA Hall of Fame would be lacking in members. Behind shooting victories are hard working members, financially supporting, and insuring rules and regulations are followed.

Born in 1919 in Alberta, a member of the Canadian Navy for 25 years, Ken held various jobs until retiring finally in 1985. Ken has fully devoted his time and energy to supporting and raising the quality of British Columbia Trapshooting Association. Constant involvement, board positions, delegations and a 5-year period holding almost all positions on the PITA Board, Ken remains for the past 40 years and continuing today, an outstanding example of commitment to the sport of shooting.