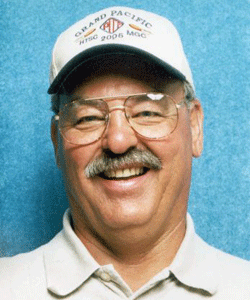 Competing in all eight states and Canada, a lifetime member of the PITA, Terry becomes one of the new inductees into the PITA Hall of Fame.

With 30 years behind him, Terry, representing a small community, competed in many large shoots to become a consistent winner in shot-gun sports.

Rising above personal challenges, Terry continues to be an inspiration of courage and strength for all shooters and all those that know him.