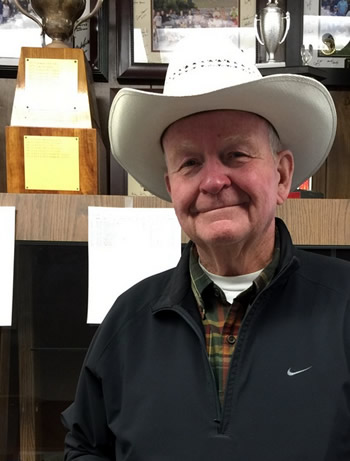 “I worked as a trap boy at a two trap club when I was 12 years old. I soon learned it was fun but expensive.

My daughter and my son-in-law gave me a field grade 12 gauge over and under shotgun for Christmas in 1987. I started shooting registered targets in1988. After about 5000 registered targets, with a gun that didn’t fit, I talked my wife, Carmon, into allowing me to buy a Browning Citori trap gun. Then she purchased a Beretta 303 and the kids inheritance started to decrease.

I finally made the 27 yard line in 1993, the same month I retired from working for the U.S.Navy. I’ve been on the PITA All-Star Team over a dozen times. I have over 200,000 registered PITA targets.

Thank You for the honor of being selected to the PITA Hall of Fame.”