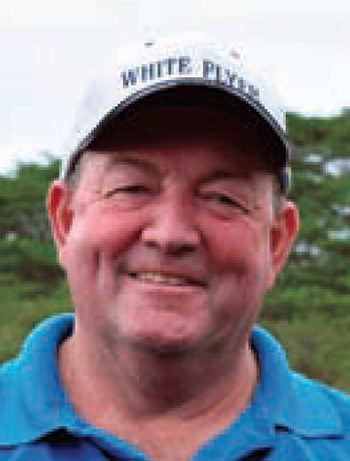 David Kelly started shooting trap with his family in the early 1970’s, father and mother, Ron and Diane, with brother Bob, was more of a family outing than serious competition, although the seed was planted with Dave to become more than a Sunday shooter. In 1988, he won his first California high over all championship, which started a series of 16 other state PITA championships. These included 2 Singles, 6 doubles, 1 handicap, 3 high all around plus 4 more high over all championships.

Starting in 2006, Dave began winning Grand Pacific titles, 5 high all around in 2006, 07, 10, 11, and 12. Also 6 consecutive Grand high overall championships, 2007,08,09,10,11, and 12. His 14 Grand titles include 2 doubles, 1 handicap, plus Champion of Champions in 2010. He has been on 11 All Star teams, Captain and high average leader 5 times. In addition he has numerous grand slams, plus numerous out of state titles. Anyone who knows Dave or has watched him shoot can only imagine how many more titles he will win, plus he is one of the friendliest men on the line.

He is not only a shooter, but as a successful businessman has contributed to sponsorship of events and trophies at both the State and Grand level.